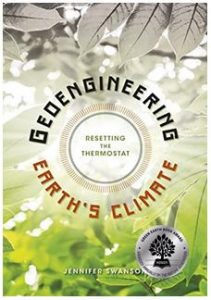 “Most scientists agree that Earth is warming rapidly. Glaciers are melting and rising seawaters are submerging islands and coastal cities. In the coming decades, millions will likely have to escape extreme weather caused by climate change.

Some scientists say we need to act faster and with radical new technologies—now—to save our planet. They propose geoengineering, or “”engineering Earth,”” to reset our global thermostat. Ideas include thickening clouds with chemicals to reduce the amount of sunlight and pulling carbon dioxide from the air with machines. However, critics say that geoengineering could backfire and create even worse weather. Is geoengineering too risky? Or is it our best hope of survival?”