Lewis and Clark: Famed Explorers of the American Frontier 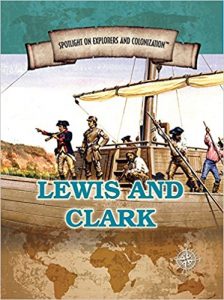 When Thomas Jefferson negotiated the Louisiana Purchase in 1803, he needed a team to survey that vast, unknown expanse of land. He chose Meriwether Lewis and William Clark. Together, they led the Corps of Discovery, a team of intrepid explorers across a wild, dangerous country. Readers will understand the impact Lewis and Clark’s expedition had on American history in this detailed account. Follow their journey across roaring rivers, vast plains, and untrod paths, and learn about the Native Americans they met, the fierce wildlife that threatened their lives, and the hunger, sickness, and injury that dogged them from start to finish.