Save the Crash Test Dummies! 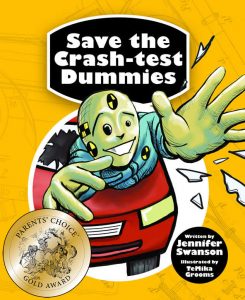 This entertaining book navigates readers through the history of car production and offers a front‐seat view of the science and engineering that makes the world’s most important vehicle safe for us to drive.

Cars take us to work. To school. To soccer practice. To the grocery store and home again. Can you imagine a world without them? It’s not easy! One of the reasons we can use cars so much in our everyday lives is because they are safe to drive. But that hasn’t always been the case. If it weren’t for the experiments conducted over decades that involved all kinds of crash test volunteers―dead, alive, animal, or automated―cars as we know them might not be around. And then how would you get to school?

Filled with fun four‐wheeled nuggets of history and explanations of how cars actually work, this nonfiction book from former science educator and award-winning author Jennifer Swanson will appeal to lovers of all things that go and readers who are interested in getting in under the hood and seeing how things work. 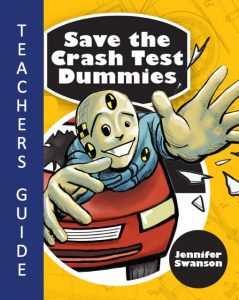 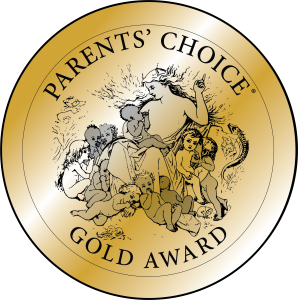 How did car designers decide that drivers needed mirrors? How did they figure out brakes that wouldn’t make the car skid when the driver hit them? Why did they decide we needed seatbelts to keep us inside the car during a crash, instead of an “eject” button that would push us outside during the accident? With the help of crash-test dummies! This book introduces readers to the engineers’ important helpers: Hybrid III, an average-middle-aged-male-shaped dummy, and his many family members, who include adult-woman-shaped dummies, child-sized dummies, pet-sized dummies, older-adult-shaped dummies, and larger-sized relatives). When engineers want to test a car safety feature, these dummies patiently undergo front crashes, side crashes, and rear-end crashes, and are subsequently examined to see where their paint has been “bruised” and their internal wiring has been damaged. With the help of crash-test dummies, engineers have learned not only what makes cars safer, but also what does not (like “eject” buttons, for example, and also nets for scooping up pedestrians).

This book brilliantly combines history, physics, and design. Each chapter focuses on a different aspect of car safety—bumpers, brakes, seatbelts, and so forth—and chronicles its design history, explaining early ideas and tracing how various approaches were either developed or abandoned. The result is both funny and compelling. Swanson treats each design idea with respect, considering the logic behind the ideas that readers might otherwise be inclined to laugh off (like the pedestrian net that would scoop unwary walkers to safety); in the process, she emphasizes the importance of learning from failure. Grooms’s illustrations and diagrams add both humor and clarity to the physics concepts. By using the framework of the work performed by crash-test dummies, Swanson and Grooms also smoothly highlight the importance of paying attention to gender, age, and size in experimental science. This excellent STEM book will appeal to a wide range of readers, whether or not they are already interested in engineering. 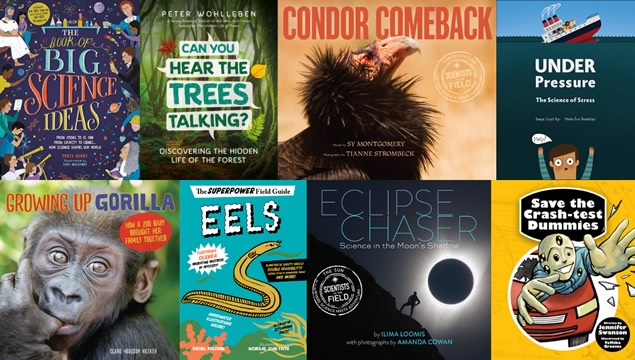